Also on site will be Avera’s second free-standing emergency department, similar to the ED at the Marion Road location, as well as laboratory and imaging services, including CT, X-ray and ultrasound. 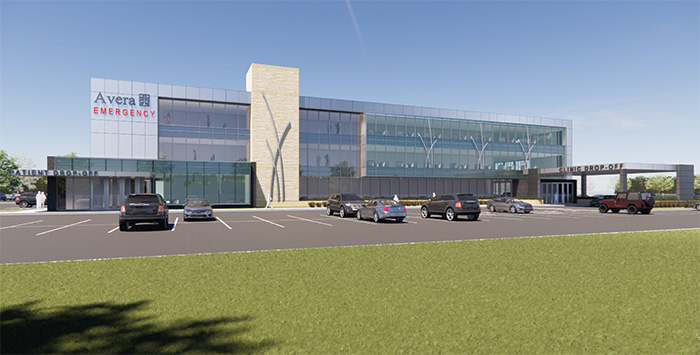 “For residents of eastern Sioux Falls, this will provide a wide continuum of care – right in your neighborhood. We included services that will address the health care needs of most individuals and families – all under one roof,” Flicek said.

The building will have three stories. The first two floors will be finished right away and the third floor will be shell space for future expansion.

“When an emergency happens, time is often of the essence. Time before the patient reaches appropriate medical care is often the key to a successful recovery,” Flicek said.

As other Avera McKennan emergency departments, this ED will be staffed 24/7 by residency-trained emergency physicians and connected to Avera eCARE® Emergency for additional support as needed.

Avera Medical Group has had a clinic with four providers in the Dawley Farm Village since 2012 with primary care services that include urgent care. Urgent care provides medical care during evening and weekend hours for urgent, but not emergent, medical conditions. “With demand for services, we feel the need to expand to meet these needs,” Flicek said. 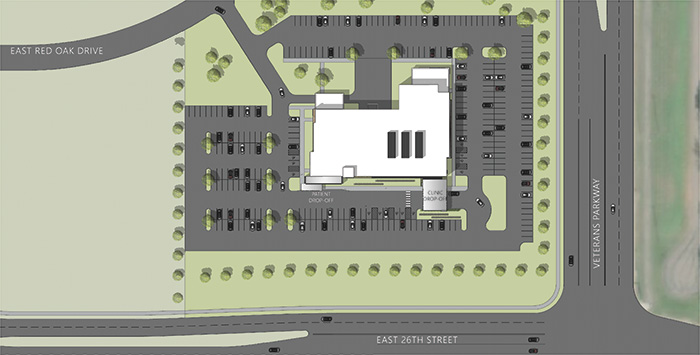 In the near term, clinics in the new Avera Medical Group Family Health Center – Dawley Farm will be staffed by more than a dozen Avera Medical Group physicians and advanced practice providers, with capacity for up to 40 providers. The site will employ 65 to 70 people, including both existing jobs and newly created jobs.

On the other side of Sioux Falls, Avera Medical Group Family Health Center – Marion Road was constructed in the fall of 2016. Currently underway is a $760,000 project to build out shell space on the top floor to expand some current practices including pediatrics and family practice. “Four years since we constructed that center, it’s full. We anticipate similar expansion over time at the Dawley Farm site,” Flicek said.

“The east side of Sioux Falls is growing, with a great deal of residential and commercial development planned for the future. We’re taking this proactive step to ensure this area of the city has ready access to health care through our family health center model,” Flicek said. “The Avera Family Health Center – Dawley Farm will be a neighborhood clinic, a free-standing emergency department and a complete community-focused medical center all in one that can help everyone from expecting mothers, to families, to the elderly and workers injured on the job. We’ve found patients really like having all these services under one roof for ease of access.”