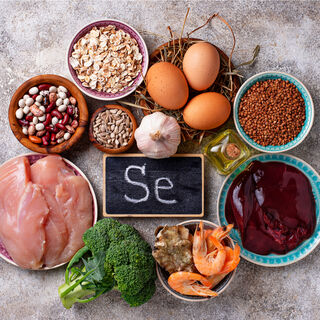 Exercise offers many benefits via the production and release of a complex blend of molecules from muscles that affect a range of brain functions. Daily, moderate exercise may also delay the cognitive functional decay associated with normal aging and many common neurodegenerative diseases that depend on neurogenesis, or the daily birth of new neurons. Although the neurogenesis-enhancing effects of exercise have been known for more than twenty years, the mechanisms underlying this response have remained largely unclear. Initial studies reported that the levels of the hormone BDNF increased in the blood after exercise. However, systemic BDNF cannot cross the blood-brain barrier and thus, it seems, plays no direct role in the effects of exercise on the brain.

Many other molecules also allow communication between exercising muscles and the brain, including beta-hydroxybutyrate, lactate, Cathepsin B, Lipocalin-2, VEGF, irisin, and PGC-1alpha. For a detailed discussion of the role of these molecules in the effects of exercise on the brain, see the reference below.

A recent study reported that the neurogenesis-enhancing effects of exercise are mediated by the systemic release of selenium as the antioxidant selenium transport protein, called selenoprotein P (SEPP1) in mice. The authors confirmed that the actions of SEPP1 at its receptor are necessary for the exercise-induced increase in adult hippocampal neurogenesis.

When the mice were forced to exercise, the levels of SEPP1 became significantly elevated in the plasma. More importantly, exercise increased the transport of SEPP1 and selenium from the plasma into the brain. SEPP1 is responsible for maintaining selenium levels in the brain. Selenium and proteins containing selenium are well-known antioxidants that the brain relies on to defend itself from oxidative stress. Many studies have identified an age-related decrease in plasma selenium levels in humans that positively correlated with cognitive decline.

The current study demonstrated that mimicking the effect of exercise through dietary selenium supplementation in mice effectively restored neurogenesis and reversed the cognitive decline associated with aging and hippocampal injury. These results provide, for the first time, a molecular mechanism linking exercise-induced changes in plasma selenium levels and the activation of hippocampal stem cells.

On those days when you can’t make it to the gym, you might now consider adding these selenium-rich foods to your diet: Brazil nuts, salmon, tuna, halibut, eggs, turkey, cottage cheese, mushrooms, and Navy beans.

Selenium is considered a micromineral, thus very low concentrations of selenium are required in the diet. If you are considering taking supplements, be aware that high doses (> 900 mcg/day) of selenium are toxic and can cause hair loss, abnormal nails, dermatitis, peripheral neuropathy, nausea, diarrhea, tremor blood clotting problems, fatigue, irritability, and a garlic odor of the breath.