Politics is holding back our health care experts, and Alaska, on COVID-19 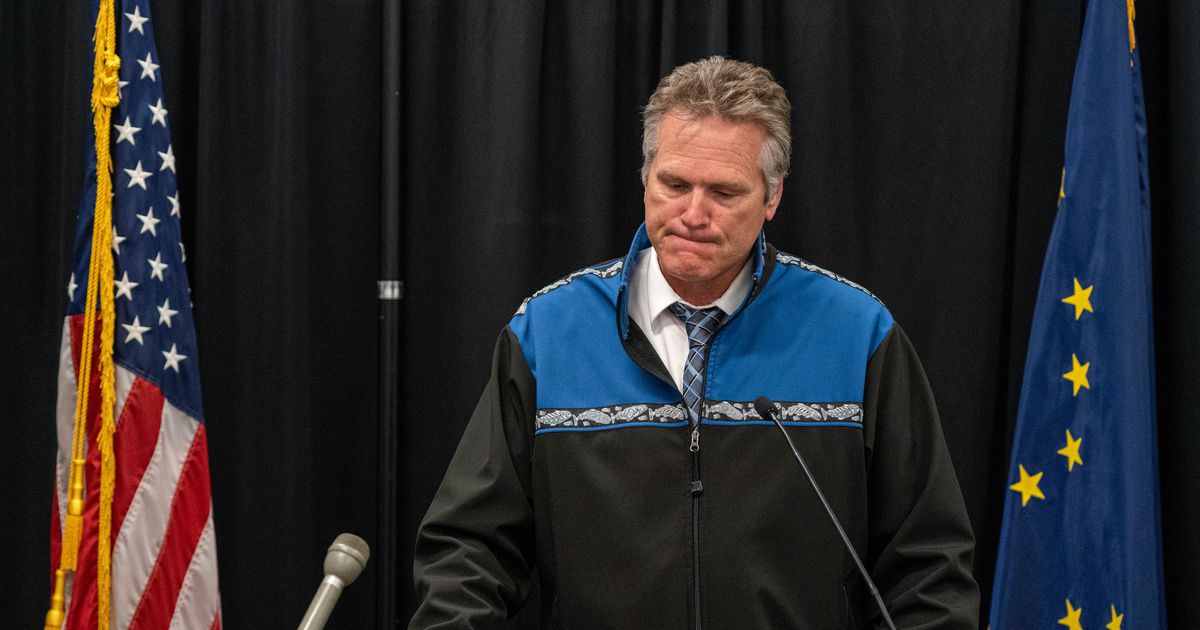 By Selena Hopkins-Kendall and Scott Kendall

We are a husband and wife, and political moderates. That’s a good thing, since Selena is a lifelong Democrat and, until recently, Scott was a longtime Republican. Our most important title is we are parents of two great kids. One is a teenager and the other just happens to be 11-and-a-half years old. In short, our youngest is too young to be vaccinated, meaning the stakes from COVID-19 are high. Given there are approximately 120,000 Alaskans under age 12, we know thousands of families share our predicament.

Last year, we were less critical of the government’s response. We wish the state had been more aggressive (or been aggressive for longer), but it seemed at first as though actual medical experts were in charge of the response. That changed last winter. When the pandemic reached its zenith and hospitals neared collapse, the Dunleavy administration did little. However, Dr. Anne Zink implored the Municipality of Anchorage’s leadership to impose restrictions. The Municipality responded, and likely saved Alaska from greater impacts and loss of life.

Now a second surge — driven by the delta variant — once again has our health care system on the ropes. This week, our infection numbers and hospitalization rates match any prior wave. But now we have a new mayor in Anchorage who is openly hostile to health measures and vaccination. Even worse, Gov. Mike Dunleavy, after receiving extended emergency powers through a disaster declaration passed by the Legislature, immediately ended that declaration.

As the pandemic worsens, so has Dunleavy’s response. He’s begun to publicly question reasonable protective measures. For example, in a recent interview, he derided mask wearing as “virtue signaling” and stated that “life is full of risks” and everyone eventually dies, implying we should essentially give up on extended use of such protective measures. But for our under-12 child, and all others unable to choose vaccination, this answer is unacceptable and terrifying.

Dunleavy’s worst offense was this past week, at a press conference where he was supposed to be warning about the rising danger to our health care system. Reporter Nat Herz asked a very fair question, pointing out that the governor’s statements on vaccination had been “lukewarm” at best. Basically, Mr. Herz asked that, if the governor’s own health care experts are correct that 1) our health care system is teetering on the verge of collapse, and 2) that vaccination is the single most powerful tool we have to reverse the situation, wouldn’t it make sense for him to be less equivocal and more urgent in his calls for people to vaccinate? In response, Dunleavy compared aggressively encouraging vaccination to the Holocaust and Nazi Germany — a childish and offensive comparison for which he has not apologized.

We are a Jewish family, but we believe all Alaskans are saddened by this rhetoric, which follows Rep. Ben Carpenter’s prior comparison of COVID-19 symptom screening to Nazis forcing Jews to wear yellow Stars of David. We are disturbed and saddened for other reasons. Selena’s grandfather fought and imprisoned actual Nazi war criminals, and our 11-year old son is named in his honor. Scott’s mother was one of the very last Americans to catch polio before the creation of a vaccine. As with COVID, more than 99% of those infected with polio recovered without lasting side effects. Unfortunately, Scott’s mother was among the less than 1% of those infected who suffered paralysis and lifelong disability. She spent years hospitalized as a child, and months in an iron lung, all under the age of 10. So you see, this battle against partisanship and ignorance ruling health care policy is personal to us. It’s likely personal to most Alaskans.

More chilling still is that Dunleavy’s flippant attitude not only dictates his own communications, but it’s muzzling his experts. Dr. Zink recently posted a study showing that an unvaccinated teacher with COVID-19 infected half the students in her class in just two days. Dr. Zink was asked whether this study demonstrates the need for mandatory vaccination of school personnel or, alternatively, whether parents should have the right to place their under-12 child in a classroom with a vaccinated teacher. Usually very responsive to the public, she refused to answer the question. In short, she knows the answer is “yes” but is not allowed to say so.

This is where partisanship has gotten us — knowingly placing our children, and each other, in harm’s way.

More than 400 Alaskans have died from COVID-19 in less than 18 months, and the rate at which we are losing Alaskans appears to be accelerating. Those who minimize the pandemic will claim that the virus has a survival rate of more than 99% in the short term, although long term impacts from infection are unknown. But we are now averaging about 500 cases per day. So every day, approximately three Alaskans are catching a preventable disease that will kill them. Our leaders should not be okay with that.

Finally, if you still don’t think partisan politics is dictating our state’s approach to COVID-19, think about it this way: If, during the past 18 months, criminals had murdered more than 400 Alaskans, do you think the governor would regard it as an emergency?

Selena Hopkins-Kendall and Scott Kendall have been married for 18 years and are raising their two children in Anchorage. Selena was born and raised in Fairbanks, and is now an attorney in private practice and an early childhood education advocate. Scott is also an attorney in private practice and has previously worked for Sen. Lisa Murkowski and former Gov. Bill Walker.

The views expressed here are the writer’s and are not necessarily endorsed by the Anchorage Daily News, which welcomes a broad range of viewpoints. To submit a piece for consideration, email commentary(at)adn.com. Send submissions shorter than 200 words to [email protected] or click here to submit via any web browser. Read our full guidelines for letters and commentaries here.