With Theodoric Meyer and Daniel Lippman

BILL TO PROVIDE RELIEF TO GYMS INTRODUCED IN SENATE: A bill that would create a $30 billion rescue fund for gyms and fitness studios still suffering from the pandemic was introduced in the Senate today by Sens. Tammy Duckworth (D-Ill.) and Jerry Moran (R-Kan.). The GYMS Act, backed by the Community Gyms Coalition and IHRSA, The Global Health & Fitness Association, was introduced in February by Reps. Mike Quigley (D-Ill.) and Brian Fitzpatrick (R-Pa.) and already has more than 100 sponsors.

— A founding member of the Community Gyms Coalition, which comprises 15,000 fitness studios and gyms, including major chains like Zumba, OrangeTheory Fitness, Pure Barre and CrossFit, told PI that the group “has no choice but to be optimistic” that lawmakers will provide aid to the industry even as vaccinations progress and cities begin opening up.

— Still, the GYMS Act’s introduction in the Senate “bodes well” for its momentum, they said. “The reason why there’s momentum is because there’s still severe need on the part of all these facilities. I mean, that’s not going away.” Duckworth, in a statement, painted the bill as a “critical” bridge for the industry.

FORMER TRUMP SBA OFFICIAL STARTS HIS OWN FIRM: Bill Briggs, who was integral to standing up the Paycheck Protection Program last year as acting associate administrator of the Small Business Administration’s Office of Capital Access, has started his own consulting firm, BB Advisory. He’ll advise clients on the SBA’s Covid relief programs, as well as “the bigger picture of how technology’s influencing the financial services arena,” he said in an interview. While demand for advice on how to navigate PPP and the SBA’s Economic Injury Disaster Loan program isn’t as strong as it was at the height of the pandemic, there’s still a market for advising clients on the programs, he said.

Good afternoon and welcome to PI. Send K Street tips: [email protected]. And be sure to follow me on Twitter: @caitlinoprysko.

Let’s build on and improve what’s working in health care where private coverage, Medicare and Medicaid work together to provide Americans with the affordable, high-quality health coverage and care they deserve, not start over by creating new government-controlled health insurance systems we can’t afford. Learn more.

WASHINGTON IS HEALING: AXPC, a trade association representing independent oil companies, this week held one of the first in-person fly-ins since the pandemic relegated the D.C. tradition to Zoom, meeting with members from both parties mostly in small group settings while adhering to CDC guidelines, the group said.

— “American independents came to DC to advocate on behalf of our industry and our workers, who are looking to Congress for bipartisan solutions that protect the environment, while supporting domestic production of affordable and reliable energy,” said the group’s chief executive, Anne Bradbury, in a statement.

‘CONCERN ACROSS THE INDUSTRY HAS RAMPED UP’: The Consumer Brands Association, which represents the packaged goods industry, laid out in a letter today half a dozen steps it says the White House can take right away in order to tamp down on supply chain issues and rising consumer prices amid fears of an overheating economy.

— The industry is “experiencing the perfect storm: costs associated with ingredients, materials, transportation and labor are skyrocketing at a time when consumer demand is surging to levels not seen since March 2020,” the trade group’s CEO Geoff Freeman wrote to National Economic Council Director Brian Deese.

— “I talked to people that have been working in the industry 20, 30, 40 years, they’ve never seen an environment like this,” Freeman said in an interview, describing the confluence of cost increases and shortages.

— He added that the organization’s recommendations — alleviating avoidable delays at ports of entry, labor shortages, workplace health and safety guidance, modernizing truck size and weight rules and addressing ocean carrier consolidation — are all ways the administration can “help let some of the steam out of this overheating system” in the short term.

— The group is planning more than 100 rallies, town halls, canvassing efforts, phone banks and other events across the country, as well as sending targeted direct mail and digital ads and a website, StopTheSpendingSpree.com, urging voters to call on lawmakers to support a more narrow plan.

— “President Biden’s multi-trillion-dollar ‘infrastructure’ proposal is Washington waste at its worst — a partisan spending spree masquerading as road and bridge improvement,” AFP President Tim Phillips said in a statement, arguing that Biden’s plan consists of “handouts to benefit special interests, favors for labor unions that undermine workers’ ability to find employment, and unnecessary regulation — all paid for by historic tax increases — will only devastate our recovering economy.”

BULLY PULPIT HIRES TOP BOEING SPOX: Bradley Akubuiro, who served as the chief spokesperson for Boeing during its turbulent past year, has joined Bully Pulpit Interactive as a partner. Akubuiro helped shepherd the aerospace giant through the pandemic as well as its efforts to return its grounded 737 MAX jets to commercial service, and was a founding member of Boeing’s racial equity task force. He’ll be based in Chicago as the co-lead of that office, along with former White House press secretary Robert Gibbs, helping build out BPI’s Midwest work.

— More than 600 groups — including Friends of the Earth, the Center for Biological Diversity, 350.org, the NAACP and Food and Water Watch — wrote to lawmakers Wednesday “warning that a CES would promote ‘false climate solutions’ such as natural gas, nuclear and biomass power plants, as well as efforts to keep polluting plants open by capturing their carbon,” and perpetuate “deep racial, social, and ecological injustices of our current fossil-fueled energy system.”

— “The dissenters instead called for a stricter renewable electricity standard” and argued that “no plan would be better than a flawed plan that values political viability over scientific necessity and could help prop up natural gas. The behind-the-scenes dialogue has gotten testy, with one critic accusing CES supporters of protecting a culture of white supremacy and ‘energy violence.’” 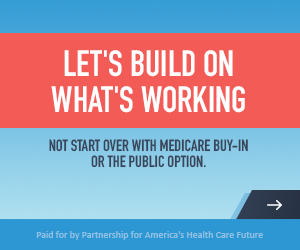 — Robert Baldwin is the new head of policy at the Association for Digital Assets Markets. He was previously with the Treasury Department and the CIA.

— Sabrina Fang is now vice president of communications and marketing at the National Venture Capital Association. She was most recently senior director of media relations at the U.S. Chamber of Commerce.

— Edelman has tapped Phi Vu to serve as senior vice president and head of health advocacy. Vu was previously vice president of AdvaMedDx and is a BIO and DoD alum.

— Adrian Zuckerman has joined DLA Piper’s real estate practice as of counsel based in the New York office. He was most recently the U.S. ambassador to Romania.

— The U.S. Chamber of Commerce Foundation has hired Sarah Schaffer as vice president of communications. She’ll start on Monday. She comes from Visit Baltimore, where she was chief marketing officer.

— Kate Beale will be senior policy director at Crowell & Moring and a director with C&M International. She most recently was associate vice president for international advocacy at PhRMA and is a USAID alum.

New government-controlled health insurance systems like the public option and Medicare expansion proposals could increase costs and threaten access to the quality care that American families and seniors rely on. There are already fixes underway to improve our current system and expand access to coverage and care. Learn more.