In the midst of a stressful period due to a rise in COVID-19 cases at Yale New Haven Hospital, Emergency Medicine Chair Gail D’Onofrio was forced from her position, according to multiple faculty members at the School of Medicine. 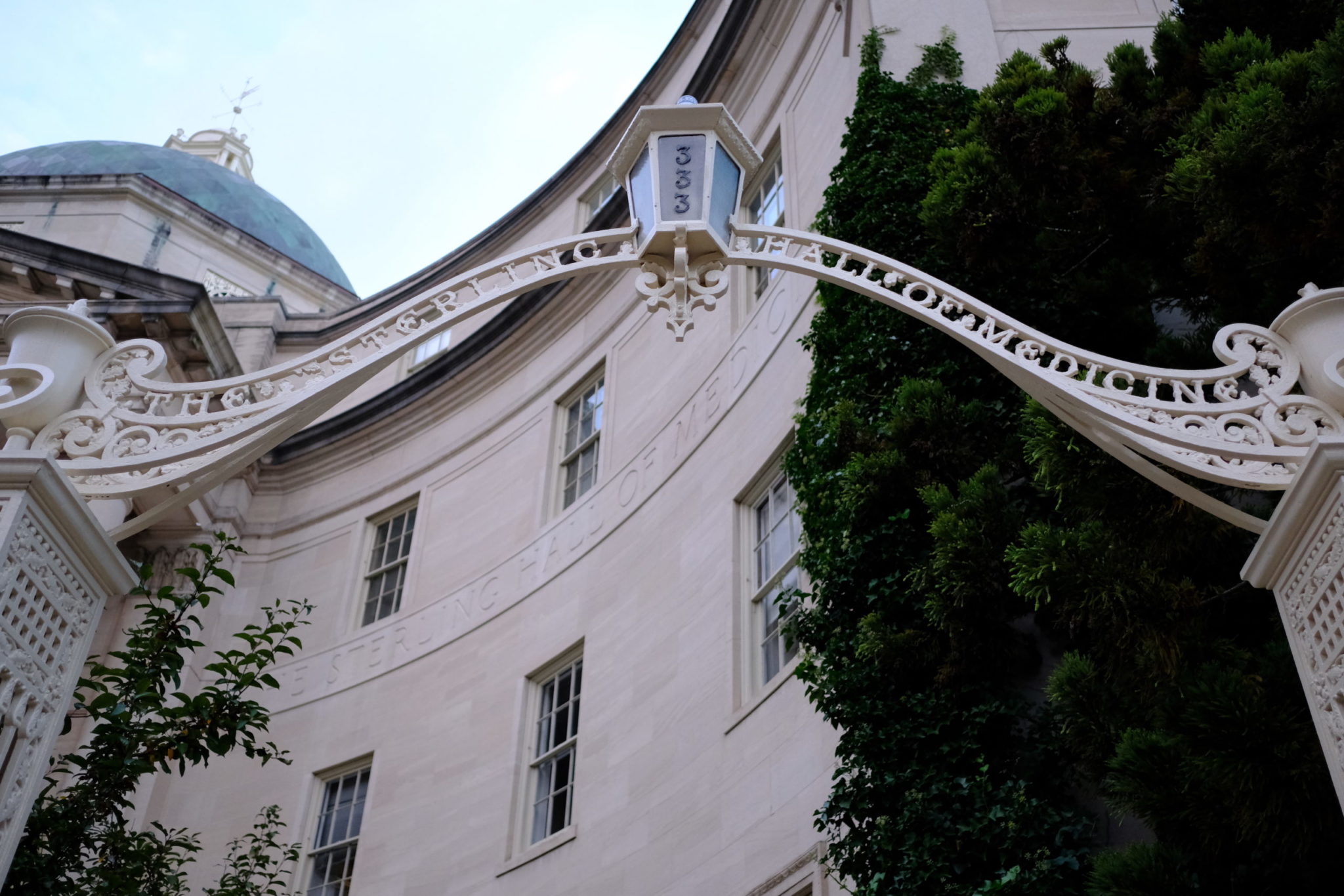 Last month, Yale School of Medicine officials announced that Emergency Medicine Chair and chief of Emergency Services Gail D’Onofrio will step down. But multiple sources with knowledge of the situation said that D’Onofrio was forced from her positions.

The medical school office of the Dean announced the change in a Nov. 18 email sent to faculty, which was obtained by the News. The announcement comes in a historic year for Yale New Haven Hospital’s emergency services, one exacerbated by the COVID-19 pandemic. D’Onofrio will step down and stay on as a faculty member after serving in the two positions since 2009. While the University publicly announced that D’Onofrio stepped down, faculty members who have worked with D’Onofrio explained that she was forced from her position, which was exemplified by the untimeliness and lack of communication surrounding the announcement. Three untenured faculty members who work with or under D’Onofrio were granted anonymity due to fear of professional retribution.

“Empathetic medical leadership is more needed than ever in these turbulent times and I am as committed as ever to delivering it in my new position,” D’Onofrio wrote in an email to the News. “I am not done yet.”

The four individuals who spoke to the News emphasized the stressful period the emergency medicine department is currently facing, in part due to the burden posed by the ongoing COVID-19 pandemic.

“Our leadership would never abandon us in our time of need, whether it is clinically, administratively, or academically,” said one professor who has worked with D’Onofrio. “That is how we know this is not a voluntary stepping down.”

The faculty members said news of D’Onofrio stepping down has only worsened the current situation, adding a new layer of stress in a time of crisis.

Mary Ellen Lyon, an instructor and a global health fellow who works in emergency medicine, pointed to YNHH’s ongoing issues with boarding, where admitted patients stay for hours and sometimes days. The increased volume of patients and longer duration of stay makes it difficult for doctors to see the stream of patients coming in, she said.

“We are now seeing patients in the waiting rooms,” Lyon said.

Nationwide, the COVID-19 pandemic has negatively impacted the mental health of healthcare workers, especially front-line workers like those who work in emergency medicine.

Because the department is facing such a critical time period, stable leadership is required, all four individuals said, leading them to question the context of the leadership change. The first professor shared that they are confident that D’Onofrio would not voluntarily leave the department as it confronts a historically difficult time.

D’Onofrio shared it has been an honor to lead such exceptional individuals who are dedicated to clinical excellence, teaching and creating new knowledge. She noted that in the midst of the pandemic, change in leadership is exceptionally difficult and stressful.

According to two of the professors, School of Medicine Dean Nancy Brown held a meeting with emergency medicine department members concerning D’Onofrio’s departure. Lyon recounted that shortly before the meeting started, D’Onofrio said to faculty that “a decision has been made” and that she would choose to stay on as faculty.

During the meeting, department members questioned Dean Brown as to the reasoning behind the decision. One said, “she wouldn’t really give us a reason.” Lyon said the news was shocking at the moment.

“We were all too stunned in that moment to even say much,” said Lyon. “It just happened.”

The four members said the impact of the departure will be felt heavily by the department. One professor shared that beyond her large research portfolio and department leadership, D’Onofrio was viewed as a mentor and pioneer to many faculty members.

According to the third professor, many of the faculty members in the emergency department came to Yale and stayed because of D’Onofrio.

One professor shared that they would have appreciated a more transparent process as to how decisions were made, suggesting more listening sessions from administration that incorporated a broader range of faculty members who have been affected by these leadership transitions, including staff and trainees that are affected by downstream changes.

They also noted that they are aware that difficult institutional changes must occur and leadership will naturally change, but the timing and lack of communication surrounding this decision makes it troubling.

The other two professors likewise questioned the judgment behind the decision and the timing of it. The second professor shared that there was little insight into faculty needs as their voices were not centered in these decisions, which ultimately brought them more stress. Most of these faculty were front-line workers who were dealing with COVID-19 at the time, the faculty member said.

“We hope that going forward, decisions regarding this do not seem unilateral in that faculty input can be taken into account,” the first professor said. “It makes you feel like you are a cog in the wheel with no say in how your career and mentors are affected.”

D’Onofrio steps down from her position as emergency medicine chair and chief of emergency services on Dec. 31 and will remain on the faculty.

The Yale School of Medicine was founded in 1810.